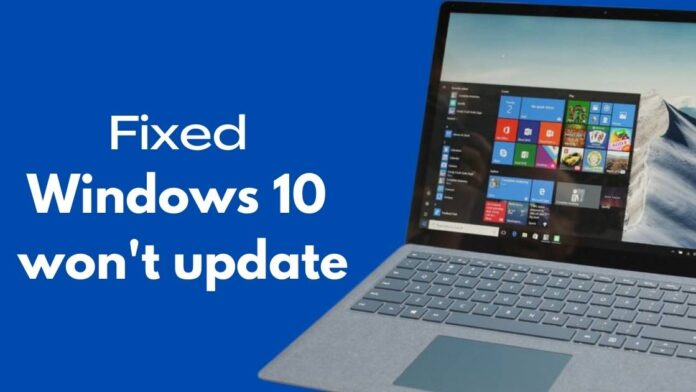 While you might be using a purchased and an owned version of the Microsoft Windows 10 operating system on your personal computer, you might have experienced at times that you aren’t getting the latest updates and software patches required for smoothly operating your personal computer. In this article, we look at why at certain times the Windows 10 system update feature fails to update and how you can fix Windows 10 won’t update issues. So stay tuned and continue reading to learn about this issue and find the best solutions on how to fix Windows 10 won’t update.

Running an authentic and paid version of the popular and most widely used Windows 10 operating system for personal computers has its own perks and advantages.

The first and the foremost being that you get to have the latest software updates to run your favorite software as well as to remain safe from any security threats and breaches that might appear in the older patches of your Windows 10 operating system.

In most cases, users do not have to manually begin updates on their Windows 10 operating system as it is by default set to automatically look for updates, download them, and then install them at an appropriate time.

However, having an original Windows 10 or any software for this purpose does not necessarily mean in any case that it might never encounter any kind of technical issues and would continue functioning properly without any errors or crashes.

Building on this approach, there are instances when your Windows 10 would fail to detect the latest updates and therefore won’t update on a timely basis, making you, your data, and your personal computer vulnerable to any security threats that may arise from this delay.

In this article, we look at understanding how this issue appears, how to identify it, and what to do or what solutions to deploy to overcome it on a timely basis.

Also Read: How to Create Installation Media for Windows 10

Why does the “Windows 10 Won’t Update” issue occurs?

Practically speaking, there can be several instances and errors that can lead to the malfunctioning of the Windows 10 update feature and therefore subsequently result in causing the “Windows 10 won’t update” issue.

Some of these errors are related to the bugs in the currently installed version of Windows 10 on your personal computer, whereas others may be caused by the third-party software that you are running on your PC.

The following is a list of the instances which are typical reasons for the cause of this issue.

The below is a list of the situations which identify that there is something wrong with the update feature of your Windows 10 and it has failed or is repeatedly failing again and again.

In this part, we discuss some of the easy and simple ways in which you can fix the Windows 10 won’t update issue.

One of the first things to do can be to manually check for updates of Windows 10. Doing this step also confirms whether you have all the necessary important updates installed on your system or not and if any update is pending.

It is also very likely that any third-party security software that you have recently installed on your system might be causing the problem in automatic updates.

Oftentimes, some software tends to be incompatible with your operating system and therefore causes it to work in an inappropriate manner and brings normal automatic procedures to a halt.

You can either temporarily disable such software or remove it altogether from your system.

Windows 10 maintains a system update history of all the updates that were installed, or which remained uninstalled due to some issue.

To check this, again visit the settings window from the start menu and click on Windows update.

In the middle of the screen, there will be four options one of which is View update history.

Click on it and see which and when were the updates successfully installed or failed to install.

Use the Windows 10 troubleshooter utility

Again visit the settings window from the start menu.

In the search bar, write troubleshooter and click on the first suggestion that would be ‘Troubleshoot settings’.

Check whether there are any issues listed for troubleshooting and when was the last troubleshoot run done.

You can also run the troubleshooter from this option to recheck if any issues related to Windows 10 update exist or not.

You can also create some free space to download and install the Windows 10 updates.

Run the Disk Cleanup utility and check whether there are any temporary or unimportant files that can be cleared or deleted from the hard disk drive to create some free space.

You can also uninstall any personal or unimportant use software from the main/basic drive and reinstall it in another drive.

Additionally, you can shrink any unused hard disk partitions to add space to the basic drive.

Also Read: How to use eSIM on your Windows 10 device [Laptop]

Remember that while the Windows 10 won’t update issue might not be as critical as some other issues with regard to your Windows 10 running personal computer, it still is important to get it fixed as soon as possible.

This is because updates from Microsoft are released for keeping the Windows 10 users safe and secure from any kind of security threats as well as making sure that other third-party softwares’ are having no trouble working smoothly with the current version of the operating system.

So aside from relying on the automatic update feature of Windows 10, it is important for you to manually check for updates every once in a while. 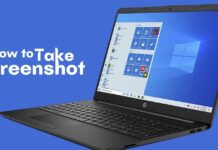 How to take a screenshot on HP Laptop [5 Methods] 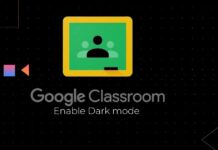 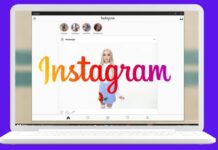