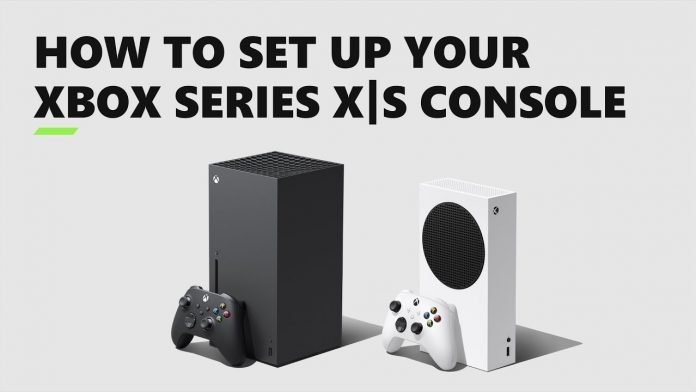 How to set up your Xbox Series

Step 1: Preparing space for the console

Put your console on a stable, well-ventilated, relatively cool surface. Make sure your console is away from a direct heat source, it’s not in an enclosed cabinet, the vents are not blocked. We recommend 4 to 6 inches clearance on all sides.

Then, connect your console to power and to your TV. Make sure you use the High Speed or Ultra High-Speed HDMI cable that came with your console to guarantee image performance and quality.

Step 3: Power up the console

Now, you need to press the Xbox button to power on your console.

When prompted, open the Xbox app on your mobile device to complete the setup. If you don’t have the app, you can download it from the Google Play or Apple App Stores, or just set up your console by following the on-screen instructions.

Step 5: Use the Xbox app to complete setup

Pro tip: Don’t forget the batteries. That’s it! Your Xbox is ready to play.

Hope you found it helpful today and If you have anything to share on How to set up your Xbox Series X | S console then, feel free to drop a comment below.

How to find and enter your Microsoft Office 365 product key

How to make computer louder, Sound Volume Not Loud Enough on Windows?