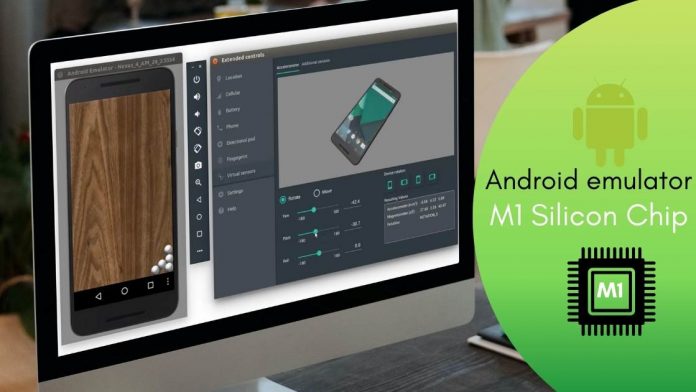 Android Emulator Apple Silicon’ has become a popular keyword as of late. People use android emulators to run android apps inside a Mac environment. Developers are attracted to emulators because they are perfect for testing applications.

Ordinary individuals are also drawn to them because they want to play Android games on the large screen that a Macbook offers. For the longest time, effective android emulators for Mac were relatively easy to find. But things have changed, primarily because of Apple’s M1 ARM Chip.

This is not the first time Apple has changed processors. They abandoned Motorola in 1994 in favor of Power PC. And then they left Power PC for Intel. Now, they have adopted the M1 ARM Chip, a processor of their own making.

The M1 chip has advantages that its predecessors do not enjoy. One of the most prominent is the simplified instruction set which reduces execution time.

The M1 chip uses Advanced RISC Machines architecture, which is a problem because many programs utilize x86 architecture. For this reason, identifying a suitable Android Emulator for Macbook M1 is easier said than done.

Android emulators are programs that create an android environment in a machine that is incompatible with android applications. You can use emulators to install and operate android apps on an Apple Mac.

The best emulators are quite reliable. However, if you want to run android apps on a Macbook M1, finding the right emulator will present a challenge. You can try some of the obvious candidates but you shouldn’t get your hopes up. For instance:

BlueStacks is probably the most popular Android emulator in the world. It has millions of users. Most of them have nothing but good things to say about the emulator because it can run heavy apps. It also uses a lot less RAM. BlueStacks guarantees a stable performance and decent security. Can you run Android apps on a Macbook M1 using BlueStacks? No, you can’t.

The emulator is best suited to Windows. BlueStacks made some waves a while back when it announced the BlueStacks 5 beta, an upgrade that would eventually provide support for M1 machines. The people behind BlueStacks were excited to tackle Apple’s M1 chip because they had observed that ARM architecture did a better job of running Android Apps than x86 architecture.

They want to make BlueStacks 5 compatible with the M1 chip. However, that hasn’t yet happened. For the moment, you need an Intel or AMD processor to use BlueStacks. BlueStacks hasn’t changed its tune. They are determined to provide support for Apple’s new chip. But clearly, they have encountered some unexpected obstacles because they haven’t yet delivered on their promises.

This is another emulator that shows promises. The Nox App Player is supposed to operate more efficiently than BlueStacks where mobile gaming is concerned. However, it cannot guarantee positive results.

Most people have trouble installing the emulator on a device with an M1 processor. And if it installs, it tends to crash incessantly. Like Bluestacks, the developers are promising to fix this issue.

This emulator was made for developers rather than ordinary users. It comes with thousands of Android configurations. This allows you to test your app on every Android device you can imagine. Many developers are optimistic that they can engineer Genymotion to work on an M1 device. But that hasn’t happened, at least not yet.

How to Install Android Emulator for Macbook M1?

The M1 chip is annoying because it doesn’t appear to offer support for virtualization. Even if an emulator can work on the Mac, it won’t install. Apple tried to solve the problem with Rosetta 2.

It can turn x86 instructions into ARM instructions. This allows apps that were built with Intel chips in mind to work on an M1 Macbook. But Rosetta 2 cannot translate kernel extensions.

You can’t use it to translate virtual machine apps either, especially if they virtualize x86-64 platforms. But you don’t have to despair. You still have Google’s Android Emulator.

The program was designed to work with Macs that use ARM chips. Setting up the emulator involves the following:

2. Find and select the DMG file in the Downloads Folder.

3. Do not allow Mac OS to verify it. Otherwise, it will frustrate you with errors. Skip the verification and send the DMG file to the Application folder (Drag and Drop).

4. If you open the Application folder, you will see the Android Emulator Application. Double click to launch it. It may give you a warning. Just go to the settings and open the emulator anyway.

Most emulators that have attempted to run on M1 Macbooks rely heavily on Apple’s Rosetta 2 translation layer. The Dolphin Emulator stands out because it is a native emulator for the M1 chip.

The developers did this because, like everyone else, they appreciate the opportunities ARM-based devices bring to the table. They are more efficient than their x86 counterparts.

The team behind the Dolphine Emulator accepts the fact that their software is far from perfect. It has some performance issues. However, the creators argue that their emulator is still better than every other competitor on the market.

They are not done with Dolphin because Apple has no intention of sticking with the M1. They have plans to produce even stronger ARM chips. Emulator developers have to keep evolving if they want to keep pace with Apple’s advancements.

As you can see, the M1 chip has complicated matters for people that want to use Android Apps on M1 devices. It can be done but you have to jump through some hoops.

Conventional Android emulators won’t cut it. Some people are waiting for BlueStacks to deliver on its promise. Others have started re-engineering conventional emulators to introduce support for the M1 chip. 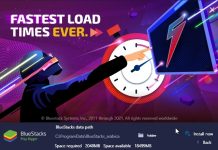 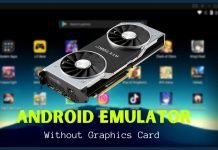 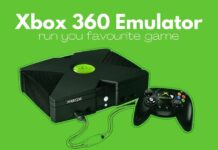